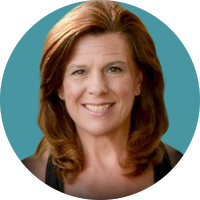 The codification improvements affect narrow aspects of the lease accounting guidance.  Changes range from correcting errors in cross-references and illustrative guidance, removing inconsistent terminology, making minor clarifications to consolidating requirements.  For example, the amendment clarifies that the “rate implicit in a lease” is zero when applying the definition of the term “rate implicit in the lease” to a lease agreement results in a rate that is less than zero.

The targeted improvements have a broader impact, including permitting an optional new transition method to adopt the Topic 842 requirements.    Until this change, entities were required to adopt the new leases standard using a modified transition method.  That method required an entity to initially apply the new standard at the beginning of the earliest period presented in the financial statements, subject to optional practical expedients.  Under the current model, lessees recognize lease assets and liabilities for all leases even though those leases may have expired before the effective date of the new standard.

Financial statement preparers cited unanticipated costs and complexities with the comparative reporting requirements under ASU 2016-02.  Therefore, ASU 2018-11 allows entities to initially apply the leases standard at the adoption date and recognizes a cumulative-effect adjustment to the opening balance of retained earnings in the period of adoption.  This new optional transition method changes only WHEN an entity is required to initially apply the transition requirements of the new lease standard, but it does not change HOW the requirements are applied.

In addition, under ASU 2018-11 lessors are allowed a practical expedient to not separate lease and non-lease components similar to what is permitted under ASU 2016-02 for lessees.