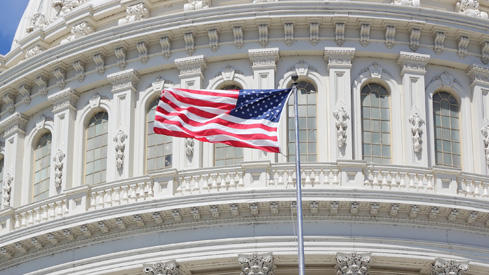 In December 2017, Republicans passed the biggest tax reform legislation since Ronald Reagan signed the Tax Reform Act of 1986. Now, a year later, Democrats have control of the House of Representatives and there is much speculation about what will happen with tax policy in 2019 under the 116th Congress.

Before looking forward, it’s important to look back. All tax bills start in the House of Representatives, and, in late September 2018, the Republican-controlled House chamber took a stab at Tax Reform 2.0. Dubbed the “second phase” of tax reform, the new legislation was organized into three parts—the Family Savings Act (H.R. 6757), the American Innovation Act (H.R. 6756), and the Protecting Family and Small Business Tax Cuts Act (H.R. 6760).

The Family Savings Act was drafted to ease compliance burdens for employer-sponsored retirement plans and to promote retirement savings. The largest changes were to the rules governing multiple and pooled employer retirement plans, the creation of new tax-preferred “Universal Savings Accounts,” and an exemption from required minimum distribution rules for individuals with account balances below a certain amount.

The Family Savings Act has received some bipartisan support from the Senate. Senate Finance Committee Chairman Orrin Hatch (R-Utah) and the ranking Democrat on the committee, Sen. Ron Wyden (D-Oregon), recently put together a retirement savings bill (S. 2526) that contains similar provisions. Bipartisan interest from the Senate chamber could signal ongoing discussion of such provisions after the midterm elections.

The Family Savings Act and the American Innovation Act were voted on by the full House of Representatives on September 27th, 2018 and the final tally was 240-177. Although both bills passed the House, the vote was largely along party lines and neither bill has been taken up in the Senate.

The third bill, the Protecting Family and Small Business Tax Cuts Act, was drafted to repeal the December 31, 2025 expiration date for numerous provisions of U.S. tax law that were temporarily changed by the Tax Cuts and Jobs Act (TCJA).  The main focus of the bill is to make permanent the individual income tax brackets and tax rates, standard deduction and child tax credit amounts, business income deduction, and exemption amounts for the AMT in effect under current law. Further, the deductions for personal exemptions and certain itemized deductions would be permanently repealed.

According to the Congressional Budget Office (CBO), the magnitude of the estimated budgetary effects for the Protecting Family and Small Business Tax Cuts Act classify it as “major legislation,” as defined by the Concurrent Resolution on the Budget for Fiscal Year 2018. As such, the cost estimates prepared by the Joint Committee on Taxation (JCT) incorporate federal budgetary effects of changes in economic output and other macroeconomic variables that would result from enacting the legislation.

The JCT estimates that enacting this “major legislation” would increase deficits by $545 billion over the 10-year budget window. The JCT revenue score includes two components—an increase in the deficit of $631 billion from 2019-2028, and the macroeconomic impact, which would reduce deficits by roughly $86 billion over the same period. Bottom line, this is an expensive venture for Republicans, and it’s unlikely Democrats will be interested in making such provisions permanent given most Democrats didn’t vote for the legislation the first time around.

According to Neal’s Ways and Means webpage, he has sponsored legislation that would increase the national savings rate by encouraging the use of IRAs, and has worked to make health care and tuition expenses tax deductible for middle-class households.  The former suggests that certain provisions in the Family Savings Act, like universal savings accounts, may be kept afloat.  Neal is also passionate about eliminating the AMT for middle-class families and fighting to preserve Medicare and Social Security.

If any deals on tax breaks are to be struck, it will require consensus from the Democratic-led House and the Republican-controlled Senate.  Coincidentally, this is the same dynamic that existed when Reagan signed the Tax Reform Act of 1986 Act into law. Many have speculated that the TCJA cap on state and local deductions may be fertile ground for the 116th Congress to start debate.

Pundits from both sides of the aisle seem to agree there is little chance House Democrats will try to repeal the TCJA or the majority of its provisions. Even if such efforts were successful in the House, a bill containing such measures would hit a wall in the Republican-controlled Senate. The issues both chambers will need to address are the provisions that are due to expire next year, as well as legislative language in the TCJA statute that contains errors and inconsistencies not addressed by policymakers in 2018.

While no one has a crystal ball, it’s safe to assume we won’t see a major tax reform bill anytime soon. Instead, we will mostly see two years of debate and discussion focused mainly on discrete and marginal changes typical for a split Congress.