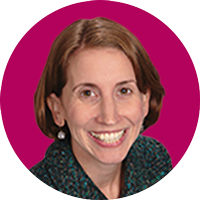 On August 1, the Treasury Department issued proposed regulations relating to the Section 965 transition tax created by the Tax Cuts and Jobs Act (TCJA).  The TCJA changed the way U.S. companies are taxed on their foreign earnings and the transition tax bridges the gap between the old and new rules.

Under the old rules, U.S. companies had to pay residual taxes when they repatriated earnings from low-tax foreign jurisdictions.  This incentivized U.S. companies to keep such earnings abroad. According to the Joint Committee on Taxation, approximately $2.6 trillion of untaxed foreign income has been stockpiled abroad by U.S. corporations.

Under the new rules, U.S. companies repatriating foreign earnings will receive a 100-percent dividend received deduction, which means such income will be exempt from U.S. taxation (unless certain anti-abuse rules apply). The new rules represent a territorial-style tax system instead of a worldwide approach.

The fictional repatriation created by Section 965 means some companies may not have the wherewithal to pay the new tax all at one time. Policymakers accounted for this issue by establishing an installment payment option that allows taxpayers to remit payment over an eight-year period.

Taxpayers have been waiting for guidance to get a better understanding of how certain elections will work, and to gain insight into how the new provision will interact with existing provisions like the foreign tax credit. The proposed guidance provides taxpayers with additional information in the following areas:

Below are three excerpts relating to S corporations, the foreign tax credit, and the installment payment option that will be relevant for many taxpayers.

The guidance offers additional detail by establishing the process that should be followed when a triggering event occurs.

The guidance also provides insight into the interaction with the foreign tax credit. The rules state that no credit is allowed under Sec. 901 for the applicable percentage of any taxes paid or accrued with respect to any amount for which a section 965(c) deduction is allowed.

The term “applicable percentage” means the amount (expressed as a percentage) equal to the sum of the following two amounts:

Further, no deduction is allowed for any tax for which credit is not allowable under Code Sec. 901 by reason of Code Sec. 965(g)(1) (determined by treating the taxpayer as having elected the benefits of subpart A of part III of subchapter N).

With respect to the installment payment option, a U.S. shareholder may elect to pay, in eight installments, the “net tax liability” under Sec. 965, defined as the excess (if any) of:

For this purpose, the term “net income tax” means the regular tax liability reduced by the credits allowed under subparts A, B, and D of part IV of subchapter A. (Code Sec. 965(h)(6)(B))