The Thanksgiving season is upon us, and many Americans are hopeful they’ll soon be giving thanks for a “simpler and fairer” tax code. But is that an achievable goal?

Efficiency focuses on the allocation of resources in the economy. It measures the distortions in economic decision-making that result from the tax system.

Fairness generally focuses on two kinds of equity. The first is equity amongst taxpayers earning the same income. The second is the equity tied to a taxpayer’s ability-to-pay and their total tax liability.

Simplicity focuses on the ease of compliance and administration.

The simplest system would be one that assigns the same amount of tax to every taxpayer. This would make it easy for taxpayers to comply with the tax system and easy for the government to administer the tax system.

However, a simple tax system is generally considered “unfair.” This is because the simplest of systems doesn’t take into consideration a taxpayer’s ability-to-pay.

If taxpayers desire a system that ensures the rich pay more than the poor, then we have to accept the complexity that comes with making such distinctions.

In other words, efficiency, fairness, and simplicity are not mutually attainable goals. That is why tax reform is such a sticky wicket.

To achieve fairness, there must be complexity. Where there is complexity, there is less efficiency. And to achieve simplicity, we must accept inequity.

So how can lawmakers promise a “simpler and fairer” tax system? By making tradeoffs between these three competing goals.

So, is it fair to reduce tax rates for the rich? Well, if that same taxpayer can no longer deduct state and local taxes, then their overall tax liability may remain the same under the new system. This is because the lower tax rate would apply to a larger tax base.

Does reducing tax rates (simplicity) and broadening the tax base (fairness) make the tax system more efficient? It depends.

Removing certain tax preferences from the tax base, like the deduction for state and local taxes, can reduce distortions tied to economic decision-making. At the same time, removing existing preferences could create new inequities.

Is that a desired result? It largely depends on whether you believe the benefit of state-run programs outweighs the costs associated with administering such programs.

At the end of the day, comprehensive tax reform will be about balancing the policy objectives of tax reform– efficiency, fairness, and simplicity—in a manner upon which a majority of House and Senate members can agree.

The last time such balance was achieved, there was a Democratic majority in the House and a Republican majority in the Senate. The compromises between the two chambers resulted in the 1986 Tax Reform Act signed by President Ronald Reagan.

Tara Fisher is an independent tax consultant. Her professional background includes working for the United States Congress Joint Committee on Taxation, the University of Pittsburgh, and the national tax practice of Pricewaterhouse Coopers. Tara is a Certified Public Accountant and holds a Master of Science in Accounting from the University of Virginia. 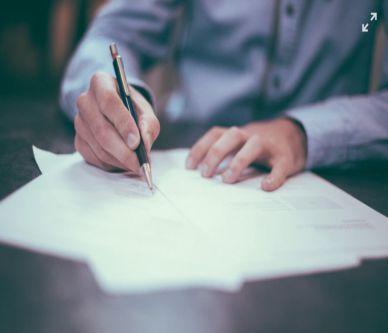