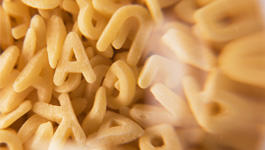 Did you know the TCJA imposes a GILTI tax, allows a FDII deduction, and has introduced a new BEAT? If you are practicing in the post-tax reform era, you’ve probably heard the new lingo, but may still be trying to understand what it all means.

The TCJA (Tax Cuts and Jobs Act) has introduced the world to a whole new set of acronyms. A company guilty of earning profits in a low-tax jurisdiction may have to pay the GILTI tax. A company selling products to foreign markets may be eligible for a FDII deduction. And a company making deductible payments to foreign affiliates may be subject to the BEAT.

Let’s start with the GILTI tax—a tax on global intangible low-taxed income. Previously, U.S. companies could stockpile foreign earnings in low-tax jurisdictions with no consequence. Not so in the post-tax reform era.

To further incentivize companies to keep their operations in the United States, there is a new deduction for foreign derived intangible income—the FDII deduction. This deduction is available to U.S. companies deriving income from sales to foreign markets. The FDII deduction allows export income to be subject to a 13.125% U.S. tax rate instead of the standard corporate rate of 21%.

In summary, the tax reform legislation has created several new provisions aimed at protecting the U.S. tax base from base erosion and profit shifting (BEPS).  So, while the TCJA reduces the corporate tax rate from 35% to 21%, and allows a dividend received deduction (DRD) for certain foreign income, the devil is in the details for many companies.

Foreign-based multinationals with U.S. subsidiaries will be running cost-benefit models to see if they are harmed by the BEAT or helped by the FDII deduction.  U.S.-based multinationals will be running models to determine if they should move some of their foreign operations back to the U.S. to avoid the GILTI tax and/or reconfigure deductible payments to foreign affiliates to avoid the BEAT.

The alphabet soup of tax reform isn’t an easy meal to digest. Companies on both sides of the Atlantic (and Pacific) will likely be sipping from this bowl one spoonful at a time.

SALT and pepper, anyone?

Tara Fisher has been practicing international tax for nearly 20 years. Her professional background includes working for the U.S. Congress Joint Committee on Taxation, the national tax practice of PricewaterhouseCoopers, the University of Pittsburgh, and American University in Washington D.C. Tara is a certified CPA with both an undergraduate and graduate accounting degree from the University of Virginia.