Will the Biden Harris tax plan pass in Congress? 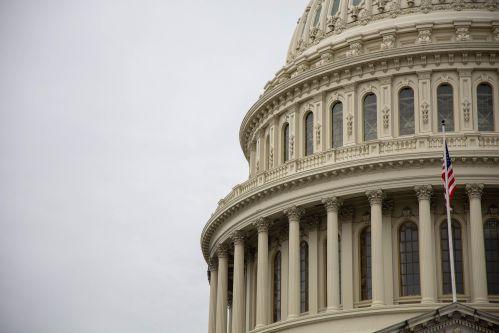 The Biden Harris tax plan was initially released in Spring 2020 and has been modified several times since that date. This article is a two-part series that summarizes the details of President-elect Joe Biden’s tax plan and analyzes the political feasibility of Biden getting such policies approved by Congress.

The first part of the series summarized Biden’s proposals for raising taxes on high-income households, imposing higher taxes on corporations, and offering expanded tax breaks to low-income households, certain companies, and green energy initiatives. In the second part of this series we will look at the political feasibility of the Biden Harris tax plan based on the projected election results in Congress.

Any changes to the tax law must be approved by Congress. The tax legislation process starts in the House chamber and then moves over to the Senate. The two tax writing committees responsible for moving this process along are the House Ways and Means Committee and the Senate Finance Committee, respectively. The House and Senate can approve different tax bills, but in order to get a bill to the President’s desk, both chambers must agree on a final bill with the same provisions.

Based on the 2020 election results, Democrats will maintain control of the House chamber, but the Senate is a different story. Republicans have secured 50 seats in the Senate and the Democrats only have 48. This means the two Georgia runoff elections will have a significant impact on what happens next with Biden’s tax plan.

If Democrats win both seats in the runoff elections, the Senate will be split 50-50 but Vice President Kamala Harris will have the ability to cast a tie-breaking vote. This would give the Biden Harris tax plan a much better chance of coming to fruition.

If Republicans maintain control of the Senate, Joe Biden’s tax plan becomes a lot harder to implement. The more ambitious provisions likely to fall off the list include:

That said, there are more moderate provisions that could have support from both sides of the aisle, which means they could be pushed through both the House and Senate chambers and end up on the President’s desk for signature. These provisions include:

A Republican Senate will be in a position to block most of Biden’s tax proposals, especially those focused on tax increases, but may be willing to work on a bipartisan bill that supports infrastructure spending while preserving many of the provisions established by the Tax Cuts and Jobs Act.

If Republicans are victorious in January, Senator Mitch McConnell (R-KY) is expected to keep his position as Senate majority leader and fight for the tax reform provisions that were ushered through under his leadership. He would likely have the support of Senator Mike Crapo (R-ID), who was a strong proponent of many of the provisions contained in the Tax Cuts and Jobs Act and is slated to take over as Chair of the Senate Finance Committee if Republicans retain control.

A Democratic sweep in the Georgia runoff would mean Senate Minority Leader Chuck Schumer (D-NY) would become Senate Majority Leader in January, and Senator Ron Wyden (D-OR) would likely become Chair of the Senate Finance Committee. Senator Schumer has been an outspoken critic of the Tax Cuts and Jobs Act and would likely work to repeal several of the key provisions contained in the December 2017 tax reform legislation.

Senator Wyden has previously pushed for increasing taxes on high-income taxpayers by proposing a rule that would mark-to-market publicly traded securities each year and require such taxpayers to pay ordinary income tax rates on the built-in gain. Wyden has also supported legislation that would raise the corporate tax rate to 24% and the individual tax rate to 35%.

According to the Tax Foundation’s analysis, after-tax income will decrease by 11.3% for the top 1% of high-income households under the Biden Harris tax plan. Proponents of the Biden plan argue that the revenue collected from these tax increases will help fund the stimulus and other relief necessary to get the country back on track.

In contrast, if the Tax Cuts and Jobs Act provisions remain in place and the Biden plan is not enacted, the top 20% of earners would see a 2.4% increase in after-tax income. Those who support trickle-down economics see this as an important component to a recovering economy and strongly oppose higher taxes on the wealthy.

Thus, the future of the nation’s tax policy remains unclear until the runoff elections in January. And as we close out a year that has brought us much uncertainty, of this we can be certain--come January all eyes will be on Georgia.

Tara Fisher has been practicing international tax for over 20 years. Her professional background includes working for the U.S. Congress Joint Committee on Taxation, the national tax practice of PricewaterhouseCoopers, the University of Pittsburgh, and American University in Washington D.C. She is a licensed CPA and holds both an undergraduate and graduate degree in accounting from the University of Virginia. 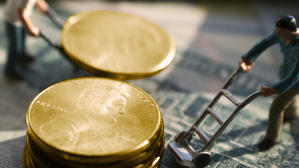